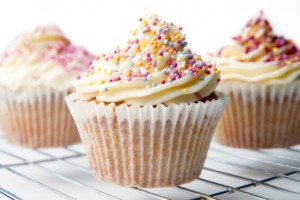 Is is worth it to add that little something extra in your recipes?

Soupalooza’s most recent column in the Daily Herald focused on sprinkles on the cupcake. No, not real cupcake sprinkles! We are talking about the little extra something that can be found in some soup recipes.

You know, the ingredient you have to run to the store to buy and might be a tad on the expensive side.

One of the soups we focused on was an Apple, Onion, Cheddar Soup that called for calvados, an apple brandy from the Normandy region of France. A small bottle was $24 at the local liquor store. We tried the recipe with the calvados and we tried it without.

This is a preview of Sprinkles on the cupcake? Yes or no?. Read the full post (355 words, 1 image, estimated 1:25 mins reading time)